The reason is that the human body perceives the solid and the liquid food in a variety of mechanisms. If you drink before a meal,during mealtimes you will consume 200 calories less. On the other hand, if the pre-eat solid food has 200 calories, then you will receive less food during the meal itself. As studies of American scientists from Columbia University. 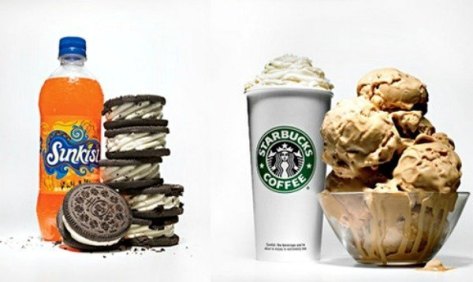 Why not drink quench-hunger food, even if  it is calorie-high?

Liquid food stays for a short time in the stomach, claims Dr.  Mats. Thus, once we have accepted a drink, it briefly fills the stomach but does not create a lasting  feeling of satiety.

Also, the drinks are generally less dense than solid food and this is another reason we can not be fully satiated.

Scientists say that the reason why we can not be sated even by a nutritional drink is evolution. A long time ago people actually have not taken calories from beverages other than water because they had no other drinks ( refer to the time before the beer and wine ) . So our body has historically been unable to adapt so as to enhance the liquid calories.

It is an exception, says science. Soup has a filling effect of solids partly because most soups have a significant nutritional value.

They therefore recommend : if between breakfast and lunch you are hungry , it is better to eat something less than one nutritional drink . If you eat something low-caloried , filling, and with fiber content , this will satiate you without harming  your figure . These things can be fresh or dried fruits , whole grains and other healthy stuff.