Athens is one of the cities with the longest history in the world. Many important people wandered its streets through out time. It is really worth a visit, and to make it more fun here are some interesting facts about it.

1. One of the oldest cities in the World: its origins date back to 3000 BC. Athens prides itself for being considered as the “Cradle of Civilization” since it was the birthplace of democracy, western philosophy, Olympic games, political science, Western literature, major mathematical principles and theater. It is also believed that the city has been around for so long, it has tried nearly every form of government known to this day.

2. Home of the Gods: ancient Greeks believed the world was ruled by many different gods, each one of them having their own story and special powers. Mount Olympus was their home from where they ruled mankind. There is a story that says Athena and Poseidon competed to who will become guardian of Athens. Poseidon gave the city the gift of water but Athena’s olive tree won the favor of the other gods, making olive trees to be considered sacred in Greece.

3. First Olympic Games: The first Olympic games were held in Athens in 776 BC. People would come from all over Greece to watch the games where the winners were given olive wreaths. Greeks were so serious about this games that athletes who backed out were fined with cowardice. The first games as we know them were held here in 1896, the city then hosted them again in 2004.

4. Origins of the Theater: Greek tragedies were played in honor of Dionysus, the god of wine. Comedies in the other hand were about low-class characters. Only boys were allowed to act on the plays, they had to wear large mask so the audience could tell the part they were playing.

5. Acropolis: its name comes from the word “Acro” meaning “high” and “polis” meaning “city”. It refers to the sacred hill where ancient Greeks built many temples honoring their gods. The most important is the Parthenon in honor of goddess Athena, from where Athens gets its name. The Acropolis has survived all kind of natural disasters, wars and invasions for over 20 centuries. Lord Elgin, a former Ambassador to Constantinople, took almost the entire collection of statues, vases and monuments left from the temples and sold them to the British Museum. There is a long-standing dispute between Greece and Britain about this now infamous “Elgin Marbles”. 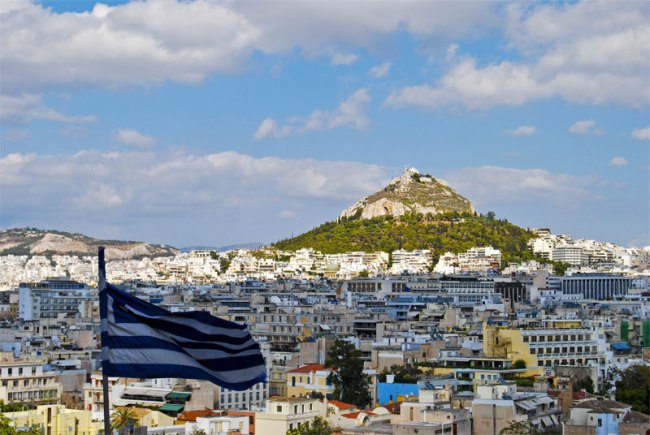